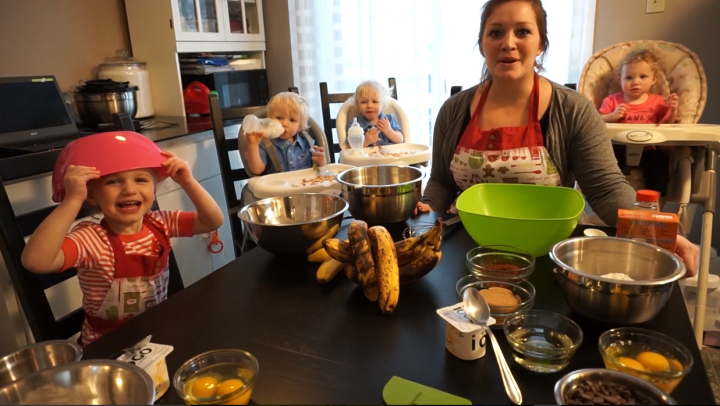 I love to bake and one of my favorite things to bake, as well as eat, is banana bread! 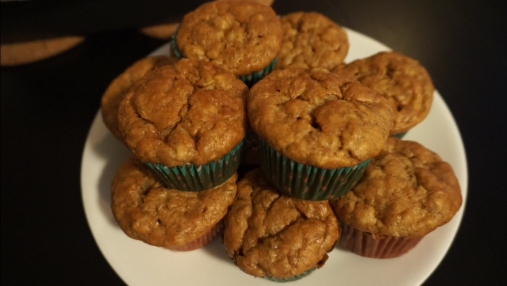 When I was younger, I remember my mom always making banana bread and it was just the best thing in the world. The smell of the banana bread baking would fill the house and as soon as the timer went off we were sitting at the table eagerly waiting to gobble it up. The banana bread smell is easily recognizable and it is one of those smells that reminds me of my childhood.

I don’t think I have ever met someone who doesn’t like banana bread, although I am sure they are out there! There are so many ways to make banana bread, not to mention the endless amounts of add-ins and toppings you can include. You can even make a banana bread cake! Whatever way you choose to customize your banana bread, it is such a simple and easy recipe to make. 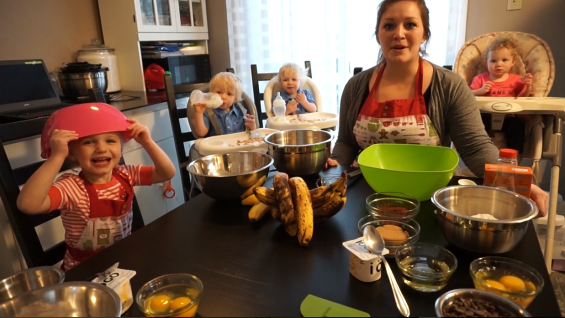 It is also a great recipe to start off with when you want to introduce your little ones to baking and getting them in the kitchen to help you. I am so excited to have Emily join me in the kitchen, now that she is older and I am patiently waiting for the day when Jackson, Olivia and Levi can join us as well! I hope they find the same enjoyment as I do when I am cooking and are just as excited to be in the kitchen cooking or baking with me.

I am always trying to find, fun, easy and of course healthy snacks for Emily, Jackson, Olivia and Levi to eat, which is also another reason as to why I enjoy making my own banana bread. I can control what ingredients I add and also make adjustments to the recipe. Don’t get me wrong, the banana bread from the store is just as tasty and I have bought it for pure convenience, but I know there is more sugar and added ingredients in it that I would prefer to cut from the recipe. And like I said, banana bread is so simple to make, why not make it if I can.

The recipe that I found online is very straight forward and after making it several times, I have adjusted it in a way that works for everyone. Emily has a milk allergy, which means I have to substitute both the butter and milk that are typically found in a banana bread recipe. The recipe I found uses vegetable oil instead of butter, but still calls for milk. To replace the milk I use one 100 gram container of vanilla yogurt. For some reason Emily is fine with yogurt and other things such as cheese, but will break out in a rash and itchy body if she has direct forms of milk from butter or plain milk. It seems strange, but it works.

I also wanted to cut back on the amount of sugar. The recipe calls for 1 1/2 cups of white sugar, so I cut it down to 1/2 a cup and switch to brown sugar. To be honest, I don’t really know if brown sugar is better than white sugar, since they are both sugars, but I like the flavor of the brown sugar in the recipe and I am taking away one whole cup. To make up for less sugar I simply add an extra banana to the recipe. After adding everything together in the bowl, mixing it and baking it, you would never know the difference or the fact that two-thirds of the sugar is cut out.

It is so much fun to change-up a recipe and to customize it in a way you know yourself and everyone will love. Banana bread is a great recipe to try out and the variations you can create are endless. I encourage you to try it out and see what new flavors you can come up with. I know both banana bread recipes don’t last long in our house and we will be making banana bread for a very long time!

I have started a new series on our YouTube Channel called In The Kitchen With Emily & Mummy and I am excited to start doing more baking a cooking with Emily. The recipe for our first episode is of course banana bread! It was a lot of fun and we also had 3 little special guests join us. We made the 2 variations that I talked about and you can find the first episode down below!

Here is the full recipe! This is my altered recipe from the original that I used for the kiddies.

You can find the original recipe at http://www.food.com/recipe/moist-and-delicious-banana-bread-252449 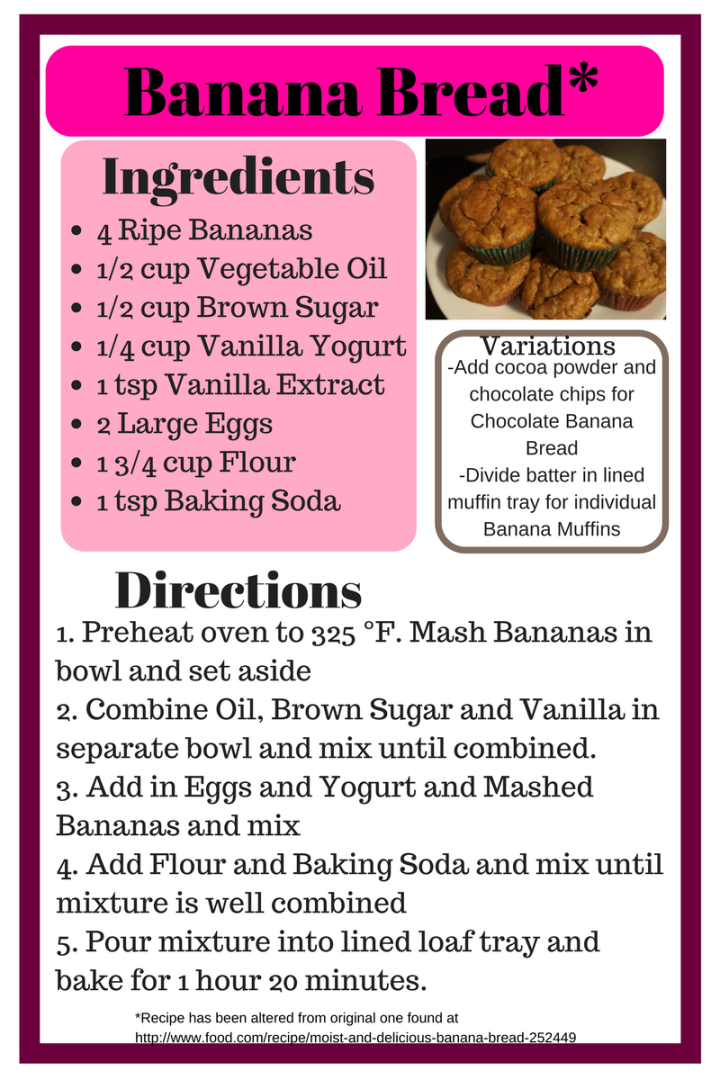